The past week has been amazing!  I remember hearing about all the "team building" we would be doing up here in Colorado, and I have to admit that I was a bit skeptical.  The truth is, however, that I think it was probably well worth it.  I was able to meet a large number of the people I will be living with over the next year, and I really think it is a great group so far.

We had a couple of people come in from Adventure Associates to facilitate the process, and I use that word purposely.  They talked at the very beginning about helping us work out the ideas and methods that would help us resolve conflict among ourselves.  Obviously, it was very guided, but I think it was useful.  On top of that, it gave many of us the chance just to get to know each other in a safe environment, and I think that may help over the winter when things can be less than ideal.

One challenge we did as a group that I was particularly fond of was on the last day.  Basically, we had to  do a big scavenger hunt, but with several limitations.  We were given limited GPSes and a list of targets with puzzles we had to solve and some other rules about what we could and could not do.  Without going into all the details, suffice it to say that we had to work together and coordinate our efforts as a group, and I am very happy at the outcome.  Keep in mind, this is on a huge YMCA campus at around 8,000ft in the mountains of Colorado.  We came together and approached the problem in a new way (which seemed to be a theme over the week) and were able to do what needed to be done.  We weren't perfect, but no group ever has been, and we were able to work together and complete the challenge together.

There were other things we did over the course of the week, both in the actually team building and afterwards in the evenings that I think will help us live and work together.  I know there will still be conflict, but think we will be able to get through it without too much trouble.

Lastly, I have to say that I was very inspired by the view in the region.   Below are some pictures I took that really don't do justice, but may give you an idea of how amazingly beautiful it was. 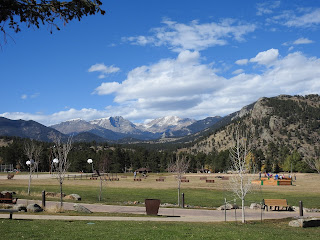 This is the view from the administration building at the YMCA.  We saw this every day when we went to eat. 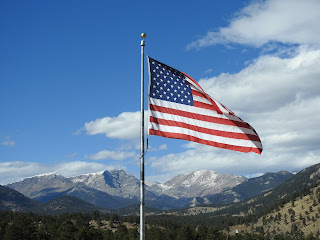 I couldn't pass this one up.  I think it is the most American picture I have ever taken! 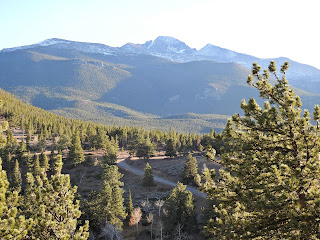 A few of us went on a hike Saturday after all the official team building was done. I saw this road leading up through the mountains and decided I had to have a picture. 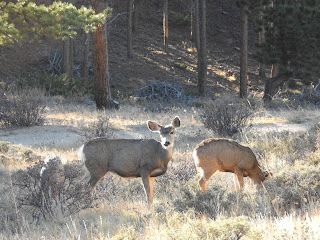 We saw some deer on the way back after the hike.  They pretty much just tried to ignore us. 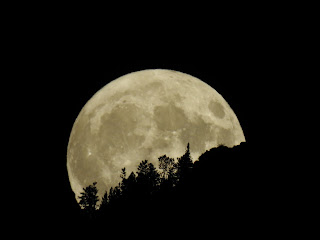 This is one of my favorite pics I took.  I went out just as it was getting dark and realized I had a great opportunity to catch the moonrise over the mountains.  I had to sit and wait a bit, but it was totally worth it.  On a side note, after I took this pic I went back inside to see how some of the pics turned out.  Afterwards, I decided to head back out for a few more shots.  My trip back out was cut short when I saw a bear walking around in the parking lot!  I pretty much decided I was done wondering around in the dark after that.